Perspectives, N. 28, on the theme of justice 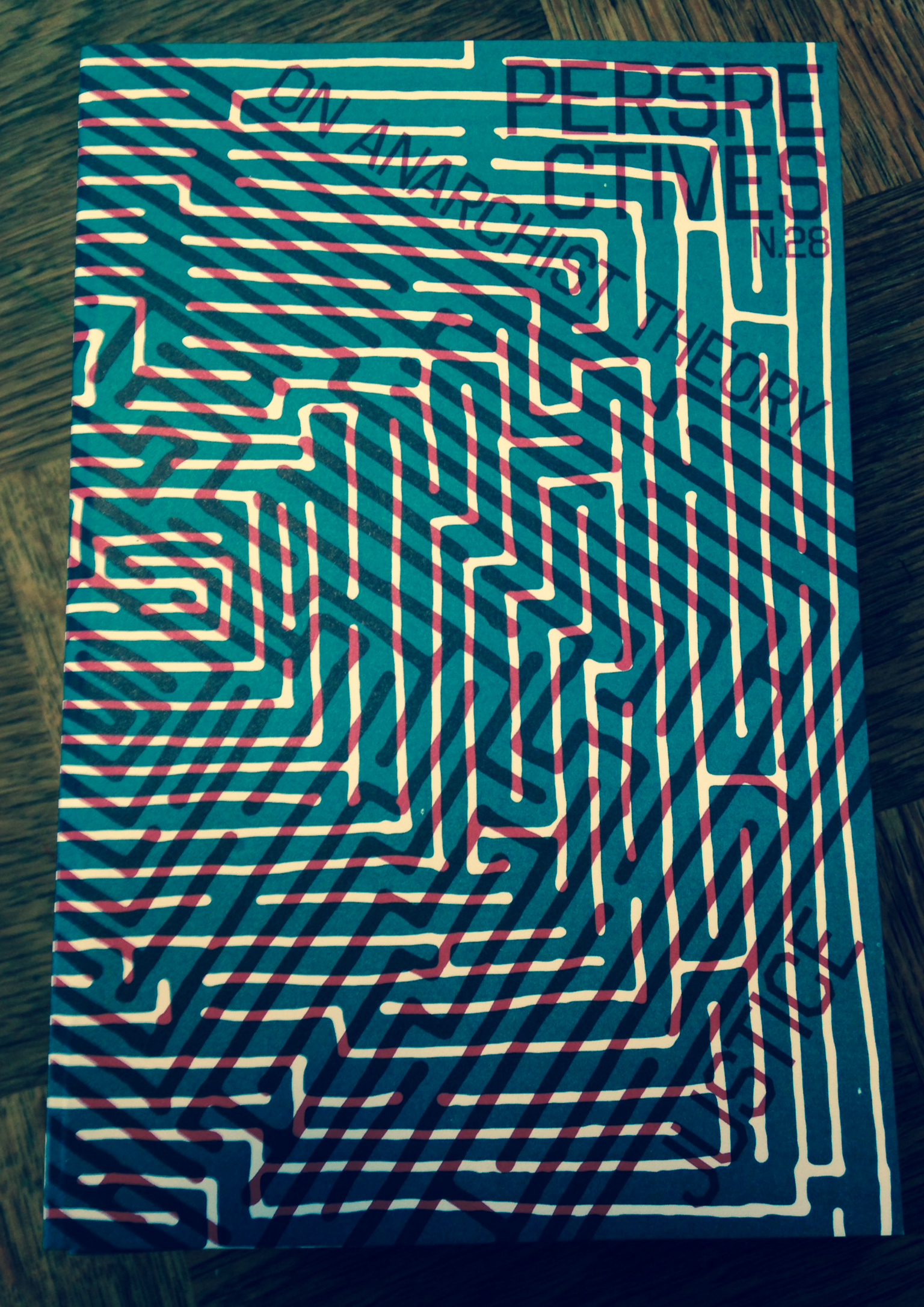 Contents:
Introduction, On Justice by Maia Ramnath, Paul Messersmith-Glavin, Sara Rahnoma-Galindo, and Lara Messersmith-Glavin for the Perspectives Collective.
Interviews from an Uprising, by Sarah Coffey reporting from Ferguson, MO where she spent six months.

Brick by Brick: Creating a World Without Prisons, by Layne Mullett, of Decarcerate PA
Meditation on Domestic Violence Intervention: A Personal Narrative by Sara Rahnoma-Galindo of the IAS/Perspectives Collective and the LA IWW.
Confronting Vigilante Responses in Accountability Work: The Need for Accountability in Everything We Do, by Romina Akemi of the LA IWW and Black Rose Anarchist Federation
Hunger Striking for Dignity and Freedom Amidst the “War on Terror” by Brooke Reynolds of the Jericho Movement
Breaking the Chains of Command: Anarchist Veterans of the US Military by Brad Thompson, from People’s Law Office in Chicago
Against Deep Green Resistance by Michelle Renee Matisons and Alexander Reid Ross, Michelle writes for Counterpunch and Black Agenda Report and Alexander is editor of Grabbing Back on AK Press and the forthcoming Against the Fascist Creep on AK Press.
Plus two book reviews:
“In this World but Not Necessarily of It”: The Trajectories of Antiauthoritarian Movements.  A review of Chris Dixon’s Another Politics: Talking Across Today’s Transformative Movements (UC Press) by Craig Fortier
“Field Notes From an Archipelago: A Review of Grabbing Back: Essays Against the Global Land Grab (AK Press) edited by Alexander Reid Ross by Will Munger
And a Call for Submissions on Anarcha-Feminisms for the next issue of Perspectives (No 29)
Information on the 2015 IAS Writing Grants awarded and more.
Available here: http://www.akpress.org/perspectivesonanarchisttheorymagazine.html