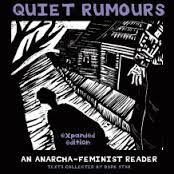 In their 1971 manifesto, “Anarcha-Feminism: Two Statements,” the Red Rose and Black Maria Black Rose Anarcho-Feminists define anarchism as “the affirmation of human freedom and dignity expressed in a negative, cautionary term signifying that no person should rule or dominate another person,” and they encourage libertarian socialist feminists to cultivate “all the groovy things people can do and build together, once they are able to combine efforts and resources on the basis of common interest, rationality, and creativity” (15). In a radical response to the repressive, violent, and “pathological structure” of the State, they conclude this manifesto with a demand for “ALL POWER TO THE IMAGINATION!” (17) Anthologized within the Dark Star Collective’s Quiet Rumors: An Anarchist-Feminist Reader, the Red Rose and Black Maria Black Rose manifesto opens the collection as a reminder of the need to be ever creative in our feminist approaches.  Also, to collectively imagine and manifest complex transformations in how people might relate to one another outside the crushing structures of power and hierarchical notions of human value.

Quiet Rumors provides anarcha-feminists and other readers with a solid archive of political inquiry stretching across two centuries and engaging the debates, disappointments, and dreams expressed within critical moments in multiple liberation movements. In its third edition, the 2012 publication of the collection aims to foster a sense of historical continuity and to share “a small portion of contemporary conversations and investigations of the anarchist movement” (7). However, while there is some useful archival material within the book, the structure of the text detracts from this material by only vaguely tracing historical linkages and neglecting to contextualize the important conversations. Incomprehensibly, the order and presentation of anthologized material lacks any discernible organizational structure or thematic categorization. The editors also fail to provide biographical or historical blurbs about the contributors or publication dates for their writing. These omissions are frustrating and render navigation of the material haphazard and decontextualized, which makes the text less accessible to those attempting to learn about anarcha-feminism with little or no background knowledge. Additionally, some of the historical texts speak through such generalizing terms that reading them evoked little interest, even as an archival resource. For example, essentialist and generalizing perspectives like Lynne Farrow’s claims regarding how Black women’s poetry perpetuates “self-deprecation” in order to “build Black men’s egos” or that “women are suspicious of logic” are condescending, alienating, and weak. At a moment in which there are so many complex and necessary feminist discussions regarding internal racism and the reproduction of limiting notions of gender and sex, it is difficult to find value in tired texts like Farrows. The role of the archivist is not to simply share all historical material available, but rather to carefully select and curate key material that continues to speak to readers by offering stimulating historical legacy. 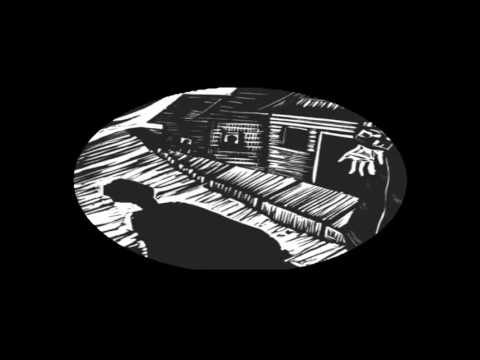 Quiet Rumors does include some provocative historical texts, however, that can inspire further thought. Emma Goldman’s “A Woman Without a Country” and “The Tragedy of Woman’s Emancipation” remain fresh for contemporary readers. The historical conditions Goldman discusses are continued to be experienced through the brutal violence produced by national boundaries and definitions of citizenship. We can connect to her when she says “Citizenship has become bankrupt,” and a tool for targeting “undesirables,” via practices of deportation, exile, and incarceration (98-99). Additionally, she questions a limited understanding of women’s emancipation stilted by “artificial stiffness and its narrow respectabilities, which produce an emptiness in woman’s soul” (103). She asserts that liberation cannot be achieved by “superficial equalization” efforts that provide surface level change but fail to initiate deeper transformation. Her discussion resonates with the often-cited debate included in Quiet Rumors between Jo Freeman’s “The Tyranny of Structurelessness” and Cathy Levine’s “The Tyranny of Tyranny.” Both authors explore the extent to which structure and flexibility influence gendered burnout and movement exhaustion. Like Goldman, they strive to determine how people might best achieve liberation unfettered by invisible manifestations of power and authority. Freeman’s position about elitism and how informal networks reproduce power relations in insidious forms holds great relevance. Women of color and queer people continue to issue nuanced critiques of similar silences and exclusions embedded within feminist and anarchist intellectual and activist spaces.
Unfortunately, while the preface of Quiet Rumors advocates the need to engage racial justice activism, to understand “the struggle for queer and trans rights,” and to question “the logic of the gender binary,” the collection feels mostly flat and uninspired in this task, missing a significant opportunity in this fairly recent third edition update. Stacy/Sally Darity’s “Anarcha-Feminism and the Newer ‘Woman Question’” and J. Rogue and Abbey Volcano’s “Insurrection at the Intersections” are the most interesting as they complicate definitions of feminism and the grounds for collective mobilization. They consider gender oppression multi-dimensionally and intersectionally, denaturalizing the coherence of gender and sex categories and exposing them as unstable and constructed within dualistic and essentialist frameworks of conquest and coercion. While these essays open up important discussions, the collection fails to deeply capture the imagination, energy, and impact of queer and feminists of color both historically and currently. As queer and trans communities, poor people, and communities of color struggle to survive the profound violence of the prison industrial complex, militarized border policing, abusive medical systems, murderous police, labor exploitation, etc, this collection feels inadequate. The inclusion of the above essays as well as the interview with Mujeres Creando, though a bit dated, inch toward a more relevant discussion. In a time when the Black community powerfully demands that we bear witness and #sayhername, this collection barely hints at the concrete lives asserting dignity and striving for liberation within the complex intersectionalities white-feminists and anarchists have ignored and tokenized for far too long. 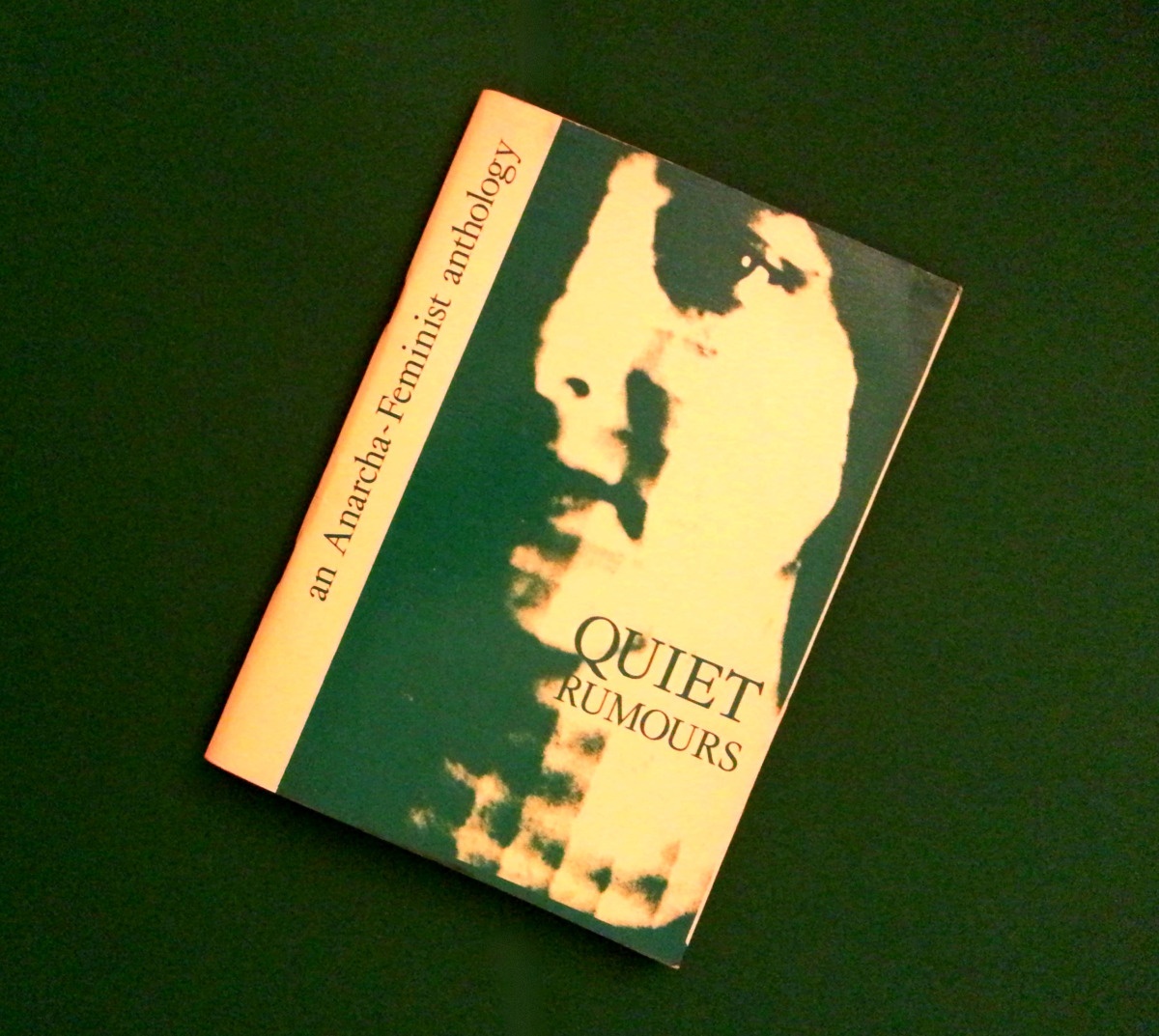 Returning to the Red Rose and Black Maria Black Rose manifesto, we are reminded of a need to be far more thoughtful in our archival and curatorial efforts, to consider access and relevance in more concrete and complex ways, to be imaginative and groovy rather than boring and stagnant. The invigorating appeal to all things groovy was a bright spot in the reading of this collection. Hinting at an affective relationship to rhythm, to the feeling that emerges in the groove of a record, the manifesto’s desire for the groovy speaks to a need often lost as movements stagnate uncreatively in the obvious, or lazily fail to truly hear the full range of voices demanding liberation.
Raeanna Gleason-Salguero is a feminist professor at East Los Angeles College. She also serves as a coordinator for a community college Social Justice themed program advocating access to higher education and liberatory models of learning.