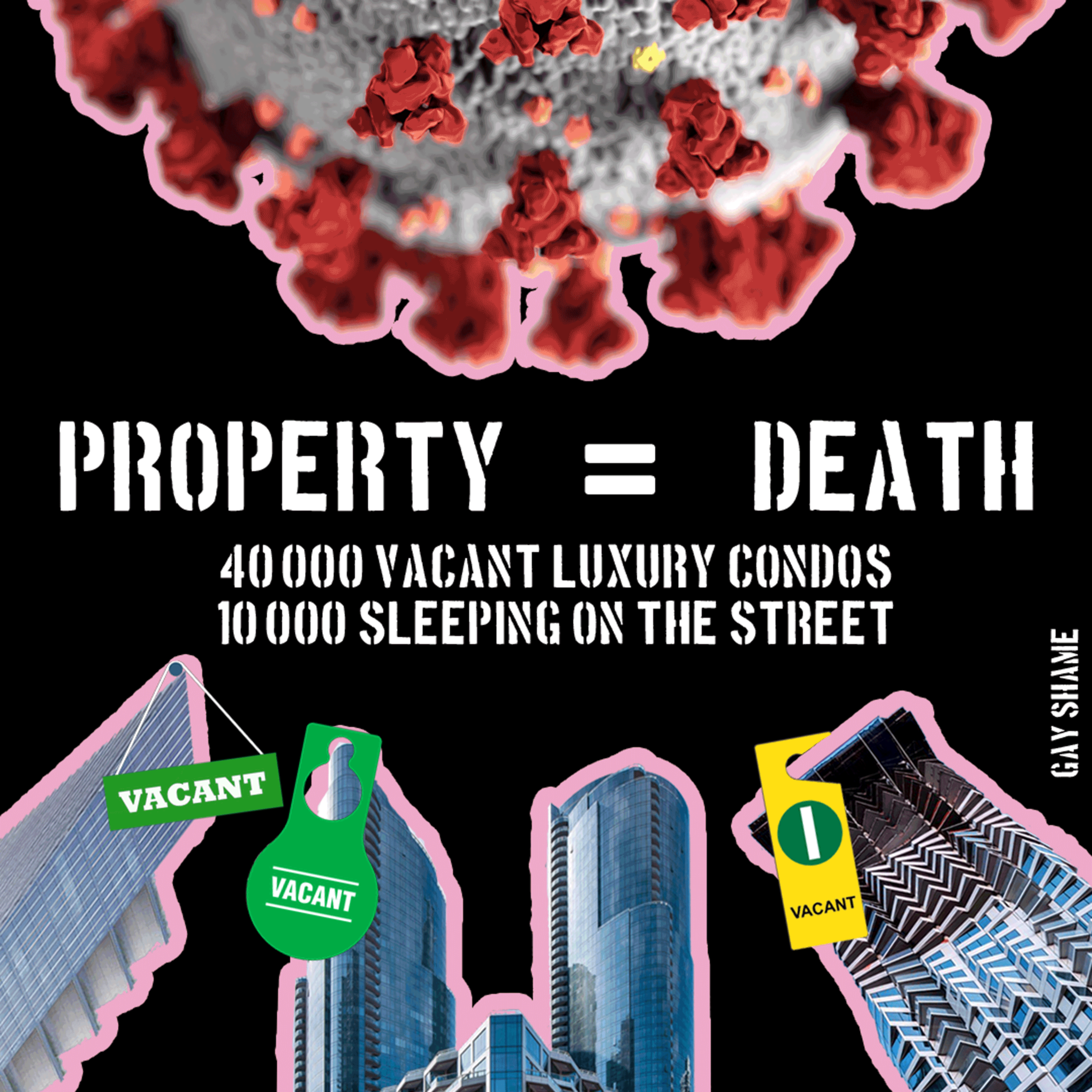 This piece is part of Perspectives’ special online issue “Pandemics from the Bottom Up.” The IAS will continue posting essays on this theme over the coming weeks. Please support our work here: https://anarchiststudies.org/support-the-ias/

Low-income tenants in San Francisco are forced to fend for themselves as the for-profit landlords and executive directors for some of the city’s largest nonprofits use COVID-19 as an excuse to turn on their “Out of Office” messages. The disabled, elder residents who fill most of the city’s 19,000 subsidized Single Room Occupancy (SRO) units are used to neglect, but the surprise evaporation of the bare-minimum services that SRO management companies usually provide means tenants have to act or die trying. Their landlords stopped doing the bare minimum, like cleaning common areas and allowing food pantries like Meals on Wheels to deliver food.

Four disabled seniors at the Altamont, which is located half a block from the 16th Street BART station in the city’s Mission District, are asking for what might be the tiniest bailout in the US: free access to the coin-operated washing machines in their building, which would allow them to follow the San Francisco Department of Public Health’s guidelines that specifically lay out how to minimize the spread of COVID-19 at SROs.[1]

The Altamont is operated by the nonprofit Mission Housing and its for-profit arm, Caritas Management. Shortly after San Francisco’s March 16 shelter-in-place order, residents noticed flyers taped to walls stating that due to COVID-19, Mission Housing would immediately close its Administrative and Resident Services offices until further notice, and food bank deliveries would cease. Two of the front desk clerks who police tenants, whether there’s a pandemic or not, also didn’t have answers as to why food deliveries were cut off even though they continued at non-Mission Housing SROs.

Out of necessity, a longtime tenant named Kimberly James raised money for groceries, while the queer anti-gentrification group Gay Shame started a “quarter drive” so residents could use the coin-operated laundry machines without having to break the shelter-in-place order to hunt down a working change machine, or panhandling. The nearest laundromat with a coin exchange is half a mile away–not impossibly far, but a literal pain for people with mobility disabilities.

James said that at first, she and her neighbors weren’t alarmed. After all, most of them have never met the executive director of Mission Housing, Sam Moss, whose position is controversial among low-income housing activists, given that Moss hails from the real estate industry and is a fixture at pro-development events, giving speeches to groups like YIMBY Neoliberal, a libertarian-leaning organization founded by a Google staffer and aspiring local politician, Steven Buss.[2]

But when the food pantry services stopped coming in with no warning from Mission Housing, James didn’t have a choice but to figure out how she and her neighbors were going to eat. One of James’s longtime neighbors, who asked not to be named out of concern that they would become a target by Mission Housing and Caritas, said that even though they’ve lived at the Altamont for years, “It’s so funny, this disease is really bringing us together.”

The resident is worried the techies still moving to the Mission will try to push SROs, which are funded in part government subsidies and one-third of each residents’ social security checks, and low-income people out of the neighborhood.

“These mayonnaise-colored mother*******–no offense–” [The author of this article is Asian and white–and took no offense.] “The best they can come up with is to spend a million dollars to make us another app,” which was a reference to the nonprofit sf.citi, formed back in 2012 by tech investor Ron Conway. Conway’s big pitch got tons of play in the media: sf.citi would “disrupt” homelessness via a phone app that could connect people living on the street with local services.[3] (Conway’s app never materialized–though his organization helped to fund an app developed by the SFPD and the Department of Homeland Security, JusticeMobile, which arguably just further streamlined the criminalization of homelessness.[4]) “I’ve got an Obamaphone. So, what do you want me to do with that?”

As tenants at the Altamont worried about going hungry, Google employees who are now working from home fumed on social media about the perks they can’t access, such as the gourmet meals served up at Google’s headquarters (as one engineer lamented how “I now need to cook, do the dishes, etc.”–tasks he wasn’t prepared to take on, that were “previously handled by the office cafeteria”).[5]

In an email, another Altamont resident wrote that “We need off-the-market, deeply affordable housing and SROs, which are being converted into luxury techie dorms like Sonder thanks to politicians like London Breed, Rafael Mandelman, and Scott Wiener.”[6] Mutual aid projects such as the laundry-quarter fundraiser are important, they continued, but “we poor folks should not have to depend on charity.”

Still, the community organizing at the Altamont worked–to an extent. Mission Housing started allowing food deliveries back into its buildings at the end of March, seemingly responding to resident organizing and a lengthy back-and-forth between tenants and Mission Housing rep Marcia Contreras and the Mayor’s Office of Housing, which eventually sided with the resident and requested that Contreras and her team allow food bank deliveries to resume. However, Contreras refused to contact the third-party vendor that banks on the coin-operated laundry machines, or help distribute the money or laundry supplies collected to residents.

At other SROs, the situation is slightly better, but often worse. Weeks before the shelter-in-place order was issued on March 20, an SRO nonprofit in SF’s Chinatown, the Chinatown Community Development Corporation (CCDC), had already doubled janitorial hours throughout its system of over 3,000 SROs and apartments, and continues to update cleaning staff about best practices as healthcare experts learn more about how COVID-19 is spread.

Matthias Mormino, Policy Director at CCDC, explained the importance of “vulnerability assessments” it was conducting, which identifies residents who will likely need help during and after the current outbreak. “We’re calling all our buildings and doing surveys,” to find out “if people need have a health problem.” CCDC’s resident advocates then “triage them and can be like, ‘Hey, these ten people are really vulnerable, so let’s make sure we talk to them as soon as and as much as we can.'” In particular, CCDC staff is available for phone and in-person meetings to help residents who are dealing with spiraling financial hardships to fill out the often-confusing and language-barriered forms that can help them get temporary financial aid.

On the other end of the spectrum, there are places like 504 Valencia Street. Otherwise known as Casa Valencia, it’s an independently run nonprofit where management posted signs on March 16, to inform tenants that due to “the extraordinary circumstances we are all experiencing,” the next day they’d suspend janitorial services, and expected all residents to clean up after themselves.

San Francisco Mayor London Breed’s administration announced weeks ago they’d suspend homeless tent sweeps while the city fails to offer the vast majority of people on the streets anywhere to “shelter-in-place.” Local law enforcement and the Department of Public Works continue to put tents and people’s belongings into dumpsters. And the mayor issued an eviction moratorium in early March that was soon circulated by the largest corporate media outlets around the country—which failed to ask for details.[7] Eviction court proceedings continued as late as March 18, and physical evictions continued until at least a week later.[8]

Bay Area renters join others in the US who in an international rent strike movement to try to crack the real estate industry’s increasing stranglehold on the increasing numbers of people in the US who are on the edge of homelessness.[9] At SROs, a rent strike is a tougher proposition, since SRO owners and operators are mostly paid directly by the government, which subtracts money from the social security checks of James and her neighbors.

In April, ten out of eleven of SF’s Board of Supervisor’s asked why SF’s mayor wasn’t following through on his mid-March promise to open up many of the city’s more than 30,000 empty hotel rooms to homeless people. Mayor Breed’s public relations strategists have successfully pushed the national media to push her image as a progressive hero. The mayor’s position means she’s able to ignore the Board, and people dying on the street, as she continues to align herself with her donors from the tech and real estate industries.

Mission Housing’s inaction around the pandemic is giving us a naked view into how bad things can get when administrators of large nonprofits have little connection to the people they’re hired to help. And it also makes the direct action and perspective of people like Kimberly James, people who are working without the help of politicians, risking their lives and homes, as comforting than ever. “As you grow older,” she told me, “you will discover that you have two hands. One for helping yourself, and the other hand is for helping others.” Especially when the government and its contractors chase money and media attention while revealing how deeply they loathe poor people.

Toshio Meronek has covered gentrification, queer politics, and prisons for Al Jazeera, In These Times, and Truthout, and anthologies such as Captive Genders: Trans Embodiment and the Prison Industrial Complex (AK Press, 2015) and Trap Door: Trans Cultural Production and the Politics of Visibility (New Museum, 2017). His collaboration with Miss Major Griffin-Gracy—a book about her lifetimes of activism and mothering-by-proxy trans and queer people around the world—will be out in 2021.

In 2016 Toshio received an IAS writing grant which resulted in his essay “How a Queer Liberation Collective has Stayed Radical for Almost 40 Years:” https://anarchiststudies.org/how-a-queer-liberation-collective-has-stayed-radical-for-almost-40-years-by-toshio-meronek/