I was 15, living in a suburban middle-class part of Anchorage, Alaska, when the subversive package arrived—my first committed step on the anarchist path.
It was the winter of 1996, and maybe just six months before, some anecdotes from a beloved radical teacher got me curious about a thing called anarchism. Soon enough, I was doodling circle-As in the margins of my notebooks. Then I was trying, through brute force, to make my way through Howard Zinn and Noam Chomsky. Then—oh, the most cliché gateway into anarchism for kids of my demographic—I found punk rock. And there, in the insert of one of my first punk albums, I learned about AK Press. Brandishing a 56k modem, a phone, and a few hundred dollars that I got once a year from Alaska’s strange, oil-based dividend checks, I ordered a load of literature and odds and ends: Anarchy by Errico Malatesta. Living My Life by Emma Goldman, The Ecology of Freedom by Murray Bookchin, something about participatory economics by Michael Albert; Situationist pamphlets and grassroots organizing manuals; tiny punkish pins and a slew of garish t-shirts crammed with ironic faux-corporate logos, stenciled fists, and slogans in block letters. I’ll admit that, for a little while, I just basked in my new consumer identity as an anarchist. Then I actually read the stuff and, Wow, I really was an anarchist! From that cacophonous, often inscrutable, mix of texts, I found a personal worldview, ethics, even a spirituality that came to guide the course of my life. 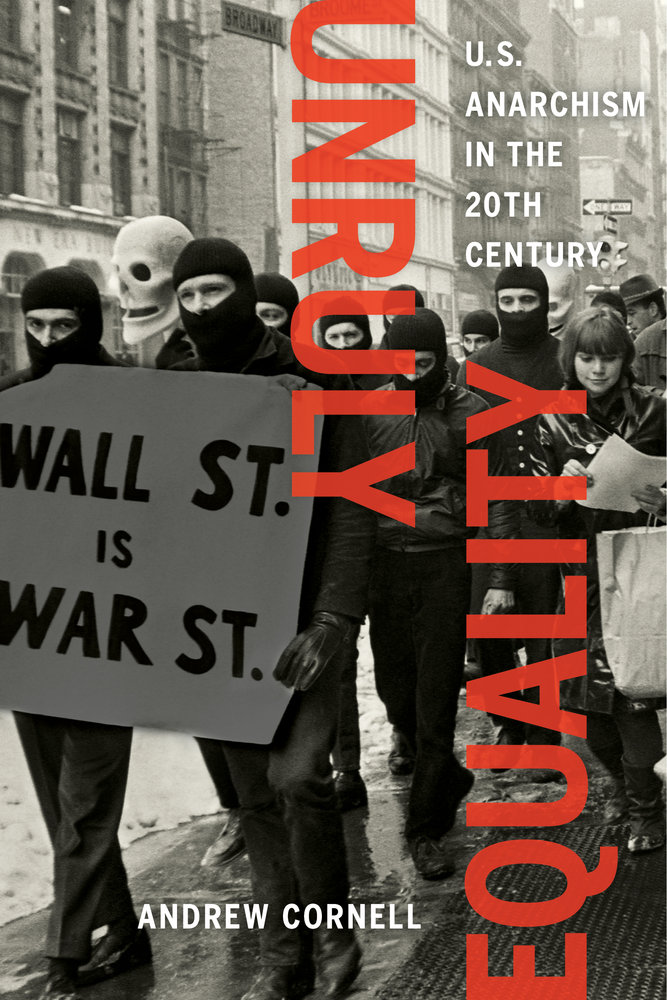 1 thought on “Coming of Age: A Review of Unruly Equality: U.S. Anarchism in the Twentieth Century, by Andrew Cornell (University of California Press, 2016), by Jeremy Louzao”