Abolishing the “Psy”-ence Fictions: Critiquing the Relationship Between the Psychological Sciences and the Prison System, by Colleen Hackett

This essay appears in the current anarcha-feminisms issue of Perspectives, N. 29, available here, from AK Press!
Tiana is crying. She walks into the room, a large, powerful woman wearing a bland ensemble of a faded green top with similarly colored pants. The silent tears on her face are enough to quiet the many scattered conversations happening among us. Many of us try to make eye contact with Tiana, waiting for her to tell us what is wrong. She doesn’t speak. She doesn’t look at anyone. She sits and stares.
We’re all sitting in a classroom in a women’s prison. The space is filled with remedial educational materials for GED students, collages with magazine cutouts of models and vacation getaways, and clichéd motivational posters that inspire the incarcerated to become “ambitious” and “dedicated.” In the moments of silence that follow Tiana’s entrance, I’m reminded of the poster on the wall that lists the amendments to the US Constitution. On this poster the legendary constitutional change, the thirteenth amendment, only includes the part that formally abolishes slavery and does not include the part that says, “Except as a punishment for crime whereof the party shall have been duly convicted.” Every time I encounter suffering in that room, including my own, I remember that sterilized, whitewashed version of history hanging on the wall and cringe. And I rage, quietly. 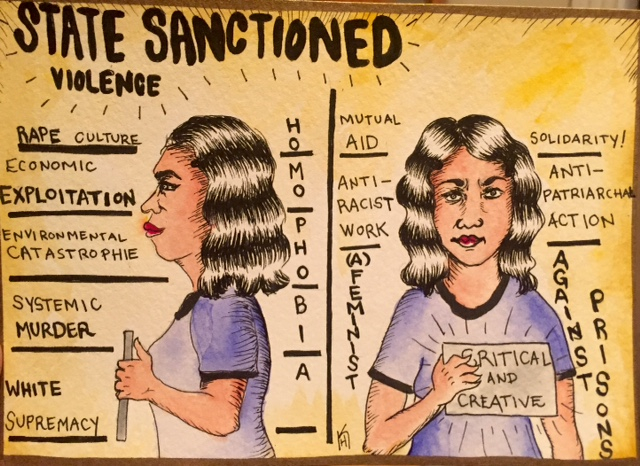 Three other “outsiders” and I co-facilitate a class for survivors of intimate partner violence at a women’s prison. Throughout this essay, I’ll refer to “outsiders” and “insiders”—the chief distinction between the two labels is spatiality and refers to which side of the prison wall one resides on. The outsiders, including myself, are the nonincarcerated facilitators who go to the prison on a weekly basis and have been doing so for about two years. Our small, nonhierarchical collective of outsiders is made up of people who identify as women, artists, mamas, educators, scholars, and/or organizers, and most of us have histories of trauma, abuse, drug and alcohol misuse, or criminalization. The insiders are the incarcerated facilitators and participants who steer the curriculum and lead the popular-education-style classes. The people on the inside of the prison walls have less spatial and social freedoms than the outsiders, and the group makes every attempt possible to close this distance by centering the class’s focal point on the voices, experiences, wisdom, and triumphs of the insiders.
We are based out of a prison in the Rocky West region that houses about a thousand people in various custody levels. As is typical in nearly all US prisons, there is a gross overrepresentation of Black, Brown, Native, and bi/multiracial peoples. This women’s prison, much like other women’s prisons, has a population with extremely high rates of reported and unreported trauma, past and/or ongoing physical and mental abuse, and sexual violence. There are estimations that 65-85 percent of people incarcerated in a women’s jail or prison have histories of abuse compared to 30-45 percent abuse and sexual violence rates among non-incarcerated women.1 Most of the people at this prison are poor. As many as 80 percent of those incarcerated at a women’s prison meet the criteria for at least one psychiatric disorder. Many are mothers and a good majority are single mothers of children under eighteen, which can have devastating consequences for children, especially if they are funneled into the foster system. It is acutely clear that women’s prisons contain a community of people who are at the lowest end of the social and economic strata: those who are considered disposable and expendable, those who have been historically debased by gendered and racialized violence as well as colonial conquest and aggressive neoliberal capitalism, and those who will suffer from the scarlet letter of incarceration. This scarlet letter or “mark” also signals other assumptions about a person to dominant society, branding the punished as inferior (biologically, culturally, or both), tainted, and irredeemable. 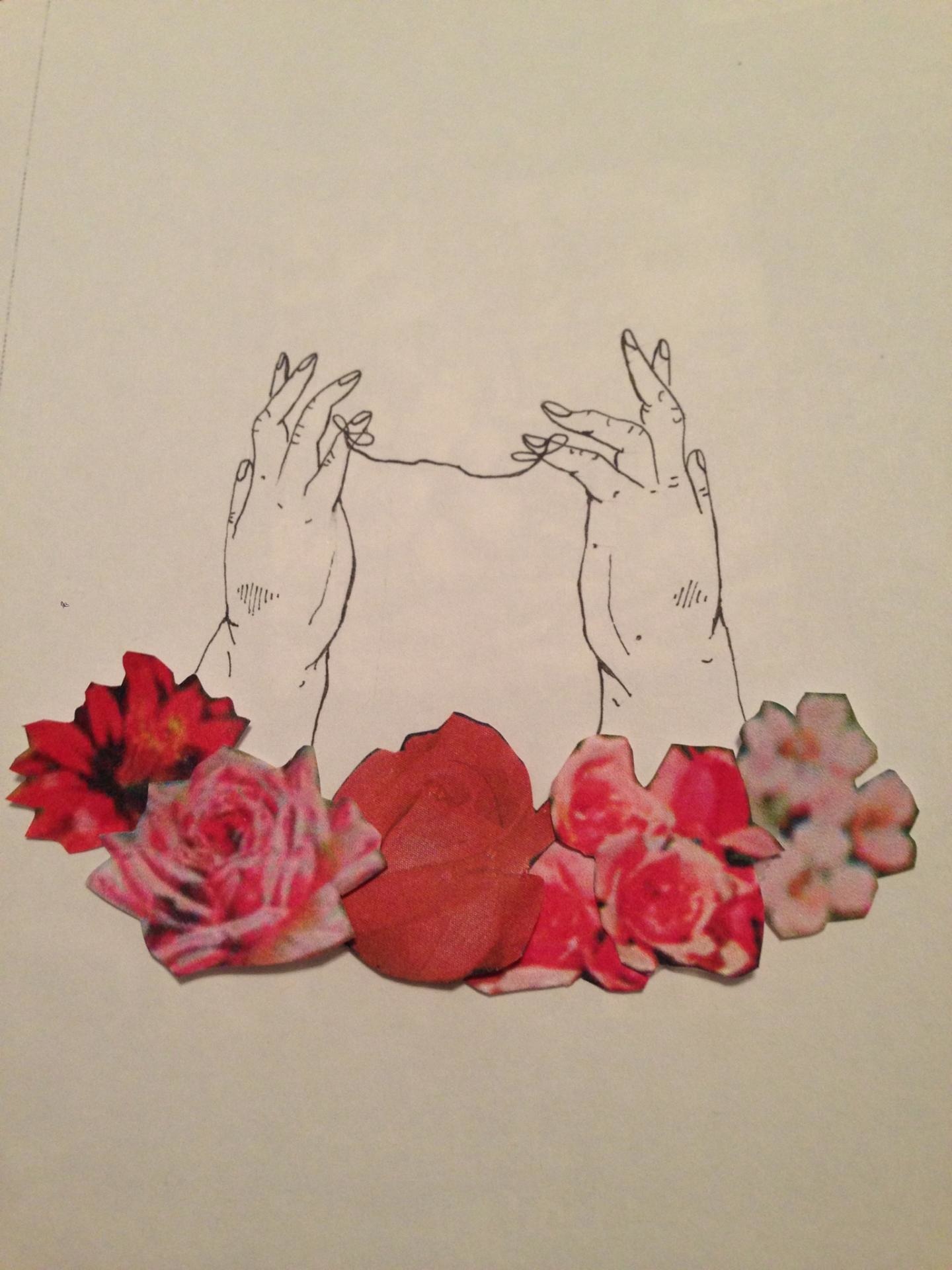 Social death, a concept most famously applied in describing the psychological effects of slavery in the US, is a consequence of the master’s total control over a slave’s body, labor, and identity.2 The slave becomes wholly dependent upon the master after the social, genealogical, and historical alienation she experiences. In some instances, slaves who have experienced this sudden social death internalize a sense of zero self-worth, and adopt attitudes of blame and hate for the self and others who are like her. Although governmental and prison officials would like to obscure the direct similarities between the social death of slavery and the social death of prison, the parallels are striking. The manifestation of social death in the prison system is the ineligibility to personhood before, during, and after incarceration.3 The very social institutions that claim to safeguard those who are the most “deserving” of protection have failed the women who find themselves in prison. Better-resourced and more-privileged women (oftentimes middle-class white women) benefit from domestic violence state services and the judicial system in ways that others do not. In contrast, the sex workers, the drug users and “addicts,” the poor, the queer, the women of color, and the ones who were shut out of mainstream educational opportunities and legitimate economies are left to fend for themselves. These are the women whose bodies and localities bear signifiers of criminality, as judged by mainstream society and the court system, by being nonwhite and/or residing in disenfranchised and poverty-stricken neighborhoods. The legal system consequently becomes the master that attempts to strip women of their personhood. The criminal legal system sorts out the “real victims” from the “criminals.” That is, women (and men, for that matter) who have simultaneously been harmed and have committed harm are not regarded as people with complex histories but rather as archetypal criminals with no “right” to helping services or freedom from institutionalized violence. Criminalized peoples are the disposable, the unworthy. The insidiousness of this social death process is the extent to which the myths of worthlessness have been absorbed into the stories that the incarcerated tell about themselves.
The outside facilitators bring programming into the women’s facility to, at the very least, mitigate women’s sense of social death. We ideally hope to mobilize prisoners’ resistance to the brutally repressive circumstances in which they find themselves. In doing this, our class explores themes of oppression, power, and patriarchal and white supremacist violence, as well as liberation, resistance, and community organizing. The insiders frequently take the lead in facilitating healing circles in which prisoners voice their personal struggles and share insights and wisdom. Many of the class participants express that the act of articulating their problems helps to bring closure and lessen their pain. In addition to sharing our personal burdens, we also prioritize a politicized curriculum in which participants can connect these burdens to collective struggles. We have found that this process enhances our connectedness and empowers the group to think of ways to oppose and defend against domination. Our group often studies histories of struggle and people’s movements for inspiration and proof that the so-called “power-less” are indeed brimming over with power and vitality. Our approach emphasizes the importance of merging the political and the personal, while honoring the resilience that we each hold. Therefore, we often operate within the messy confines of personal traumas, internalized oppression, and institutionalized violence that can lead to unexpected circumstances in the classroom. For example, our agenda on the next to last class was concerned with an organizing project to address the commissary markups at the facility (for instance, a ten cent bag of ramen sells for fifty cents), and we had not planned on Tiana’s tears and need for support.
In our adoption of an anti-oppression praxis, we prioritize intersectional frameworks. This way of analyzing power is especially necessary for understanding the nuances of domination and how control is exercised through race, class, gender, sexuality, ableism, and citizenship, to name a few. The marriage of anarchism and feminism, particularly queer, women of color, and transnational feminisms, necessitates the dismantling of all oppressive structures. An essential part of this kind of revolutionary project demands that the interconnected structures of patriarchy, transnational capitalism, white supremacy, heteronormativity, and Western imperialism be recognized, as they act differently through and upon people with varied identities. Although traditionally, mainstream feminism has concerned itself with the struggle against gender oppression only and the differences between the “universal” categories of “women” and “men,” a relevant feminist political project understands how other social markers and contexts trouble gender as a singular analytic category. As Sandra Harding points out, “There are no gender relations per se, but only gender relations as constructed by and between classes, races, and cultures.”4 I would add to this list: sexuality, ability, and legal status, which are particularly relevant when talking about incarcerated women. As Patricia Hill Collins has pointed out, these interlocking structures form a matrix of domination—the interconnection of race, class, gender, sexuality, age, nationality, and so on—that differentially, yet incisively, acts upon people depending upon where they are located in the power structure.5 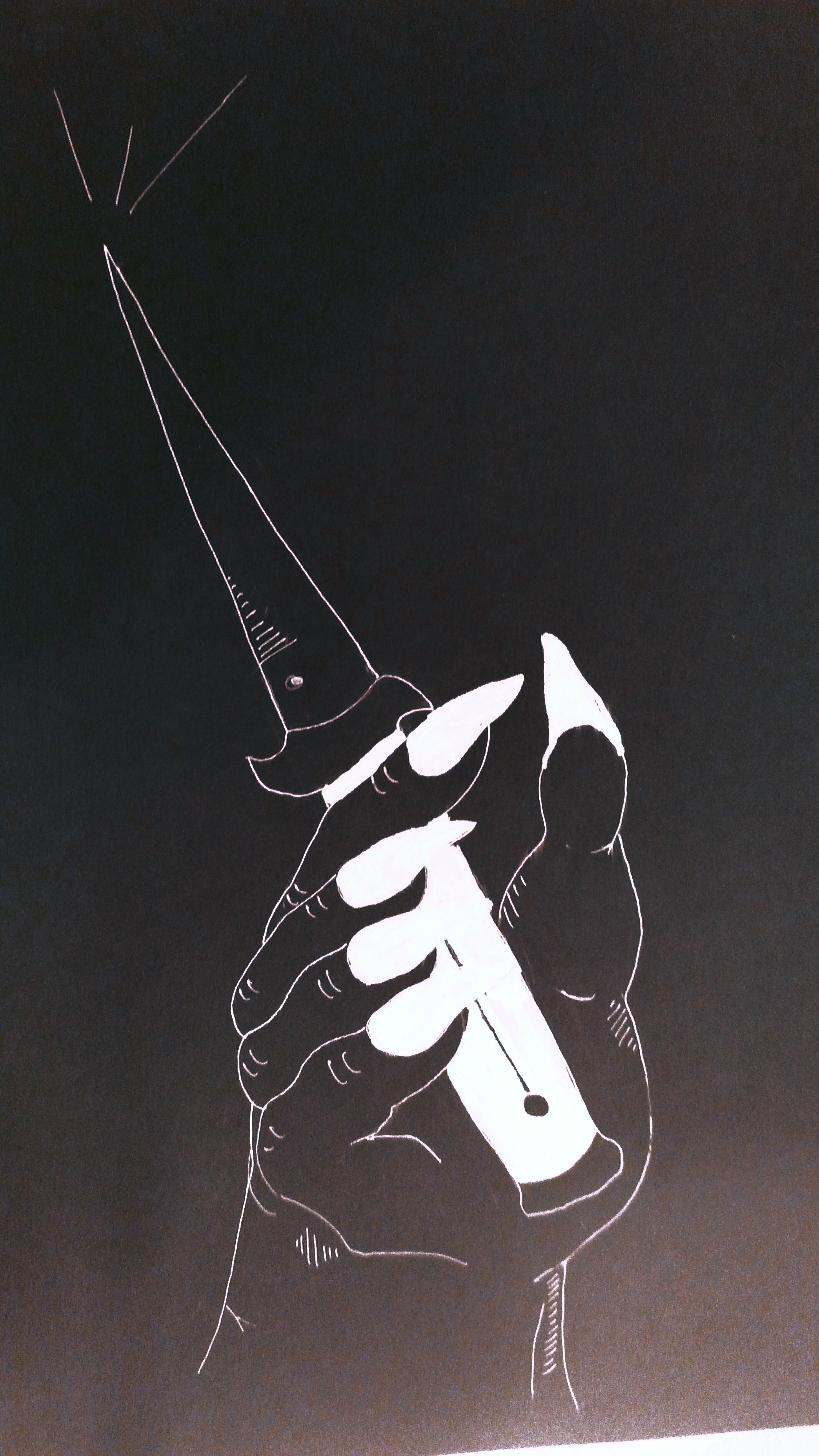 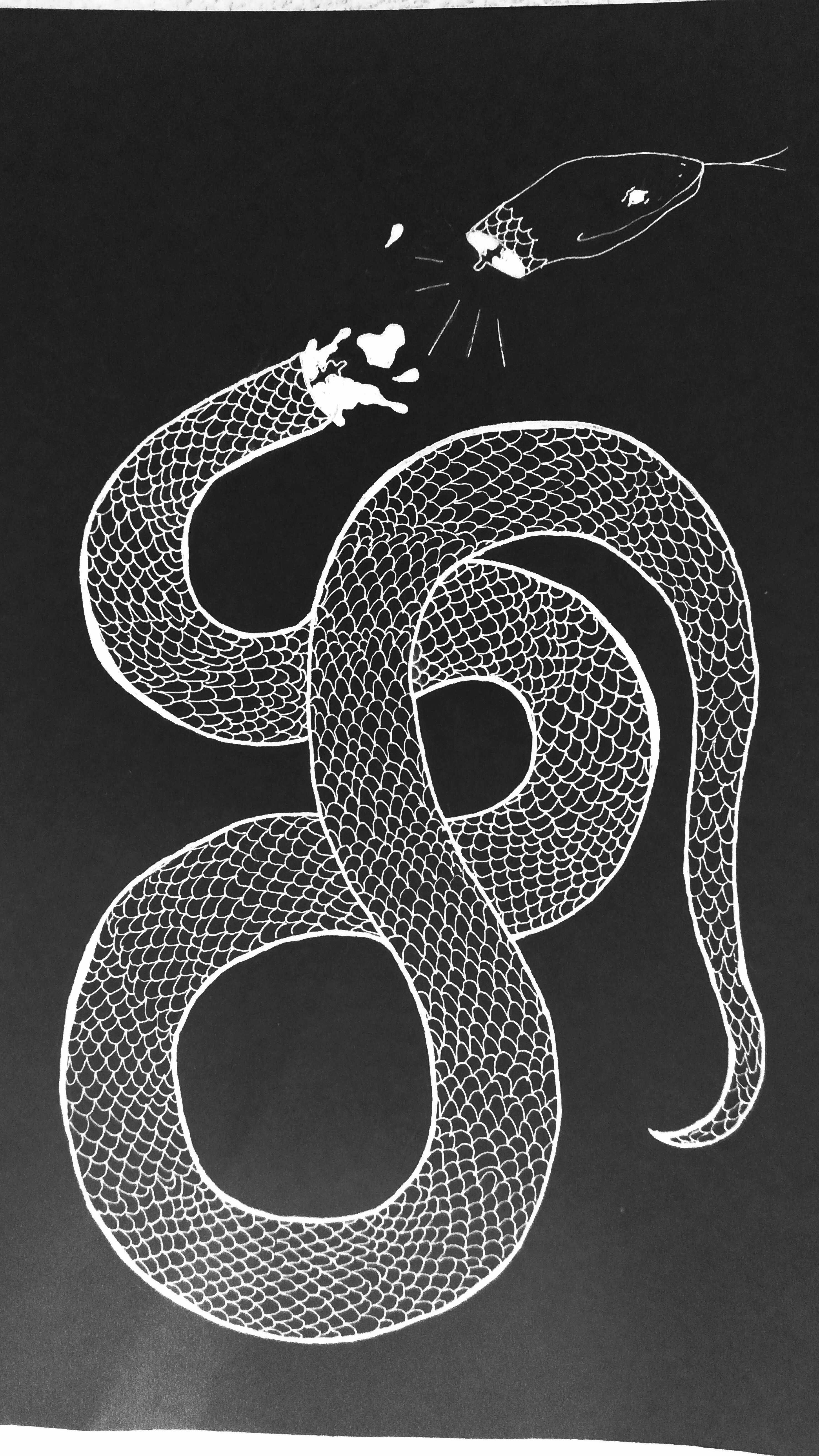 One of the more peculiar ways that prison programming is becoming liberalized and therefore legitimized is by way of “gender-responsiveness.” Gender-responsiveness is a kind of approach that asserts that prisoners (and ex-prisoners) should receive treatment that takes into account how gender shapes one’s past experiences in terms of emotional, physical, and sexual abuse and in terms of one’s involvement in “illegitimate” economies. Prisons adopt gender-responsive models—so far, just in women’s prisons—to claim that their staff and programming take into account the relationship between women’s criminality and histories of trauma. Officials who use this model claim that it provides justice in a partially unjust system; they therefore try to soften the effects of a brutal prison regime for incarcerated women and to appease the critics. These programs use cognitive behavior therapies, described above, along with “empowerment” models, in which correctional staff members teach women how to lead productive lives. The focus in much of these therapeutic programs is on women’s psychological health and how to emotionally overcome their past trauma. Social workers and therapists (and in some cases, correctional officers) assert that the “fix” is less social and more psychological. To the authorities, outside circumstances don’t have to change, but rather, “criminal” women have to stop their “stinkin’ thinkin’,” quit complaining, get more self-esteem, and play by the rules. The psy-complex defines empowerment in purely asocial and individualistic ways, measuring success by quantifying women’s subjective skills like “positive thinking,” and “having a constructive outlook.” Therefore, if a woman has a “negative” attitude, officials believe she is not empowered to lead a future productive life, and she is then scapegoated for the very violence that the prison creates. Historical and structural oppressions become erased and invisibilized by status-quo psychological programming. 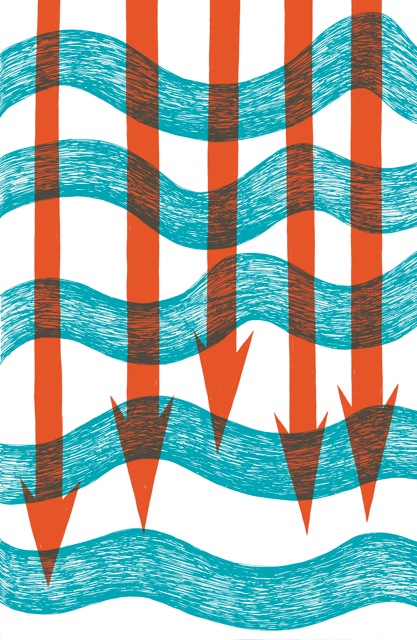