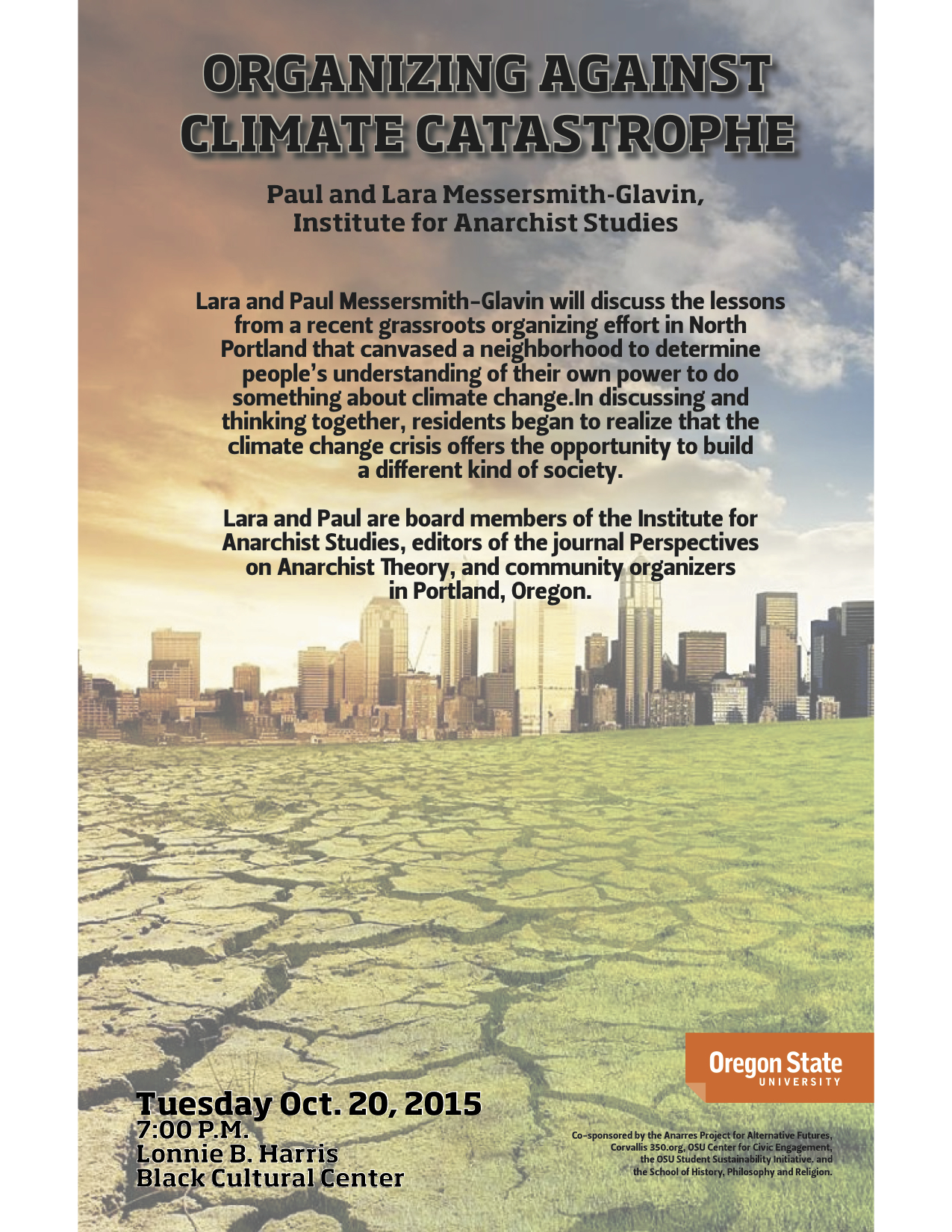 Lara and Paul Messersmith-Glavin, of the IAS and Perspectives on Anarchist Theory collectives, will reflect on the lessons of an organizing campaign done in the St. Johns neighborhood of Portland, Oregon.  St. Johns is a conduit of fossil fuel exports in the Pacific Northwest, and was the site of the blockade of the Shell contracted ice-breaker Fennica – trying to reach the Arctic to assist in drilling for oil – involving people suspended from the bridge, people in kayaks on the water, and people on the land.

The organizing effort included a door-to-door canvass, in which people were asked if they believed climate change was happening, and if they would support illegal action to stop it.  This effort also included the development of educational materials linking climate change to capitalism and the formation of study groups, and was organized by the Hella 503 Collective, the Parasol Climate Collective, and Portland Rising Tide.

The talk takes place on Tuesday, October 20th, at 7pm at Oregon State University in the Lonnie B. Harris Black Cultural Center.

Co-sponsored by: the Annarres Project for Alternative Futures, Corvalis 350.org, OSU Center for Civic Engagement, the OSU Student Sustainability Initiative, and the School of History, Philosophy and Religion.