Here is a response to Arun Gupta’s review of Taking Sides. It is written by Michael Staudenmaier, author of Truth and Revolution: A History of the Sojourner Truth Organization, 1969–1986 (AK Press, 2012). Michael wrote an original essay, “Brave Motherfuckers: Reflections on Past Struggles to Abolish White Supremacy” that opens and introduces Taking Sides: Revolutionary Solidarity and the Poverty of Liberalism (AK Press, 2015). This is the type of discussion we were hoping would be generated by Arun Gupta’s review. We encourage you to continue the discussion in the comments section. Perspectives Eds.

Early on in Arun Gupta’s review of Taking Sides, “A War of All Against All,” which appeared here in Perspectives, he writes, “The exact purpose of the book is hard to glean, other than gushing white-hot rage.” Replace “book” with “review” and you have an apt description of his essay. It is clear that Taking Sides made Gupta angry, but it is not at all clear why. Nor does he offer much of an alternative framing for a set of issues he acknowledges are important. 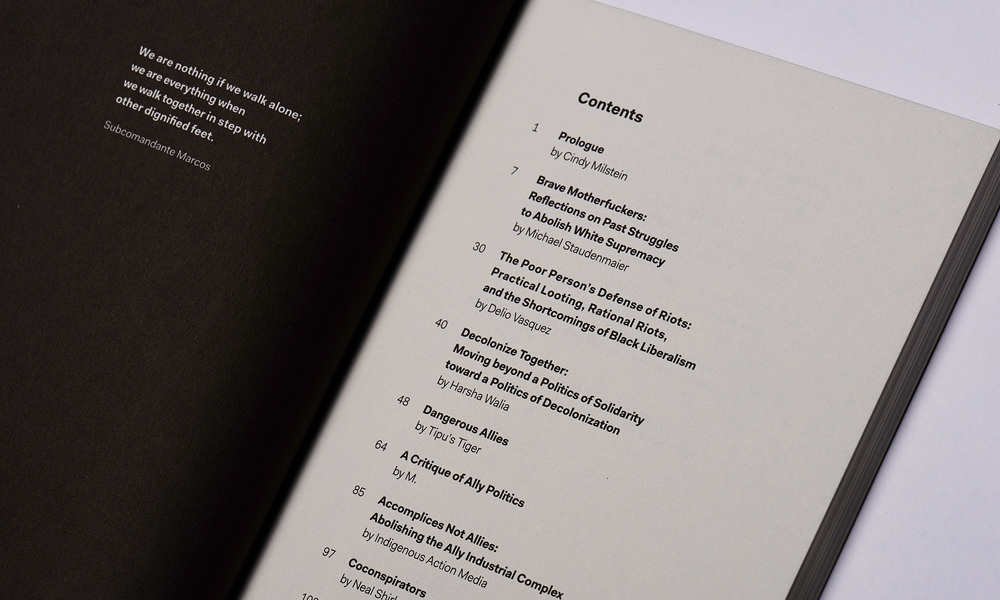 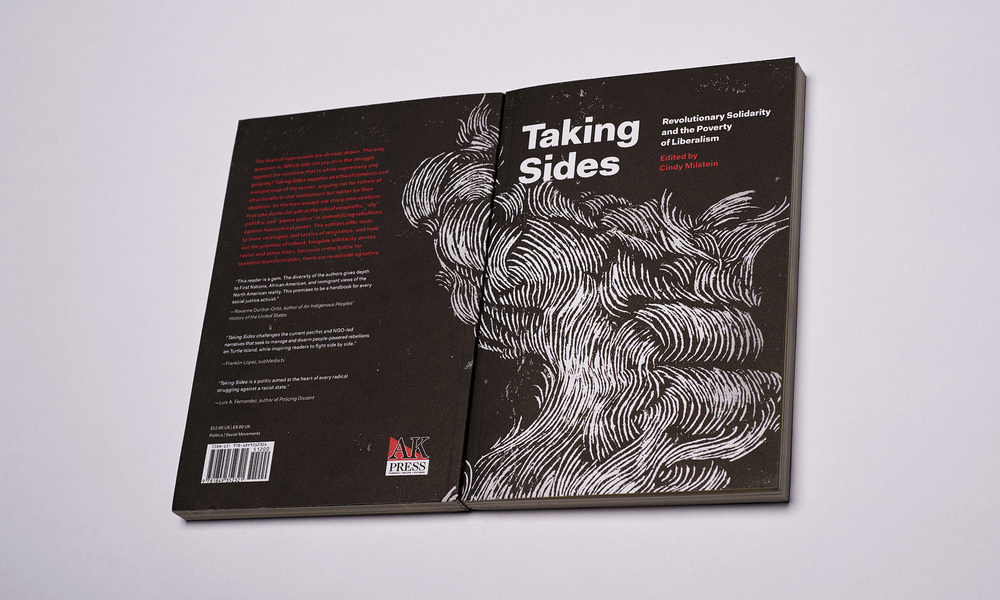 Lessons
Gupta’s review isn’t a complete waste. Buried deep inside it is an insightful criticism of several of the essays in Taking Sides: “While many authors legitimately argue one shouldn’t trust someone who claims that their identity gives them unique insights, the writers commit the same sin.” I flagged this as a concern when I read the draft manuscript. But I also recognize that it’s a difficult question, one that several pieces in Taking Sides grapple with in different ways. Part of the point of my essay was to provide a historical reminder that movements can’t wish themselves magically past the sort of political impasses identity politics and allyship have created over the past couple decades. To move through and beyond them requires argument and struggle.
What I like about Taking Sides, as I said in my original introductory essay, is that its various pieces help remind us how “people’s consciousness shifts rapidly in the course of intense periods of activity” (9). While I have many disagreements with many of the essays in the book, I remain impressed by the collective willingness of the authors to interrogate their (our) own experiences and try to draw lessons from them.
I’ve seen the impact in action here in the Midwest. In Chicago, a number of organizers have spent significant time reading and discussing the pros and cons of the various essays, how they resonate (or don’t) with their experiences in social movements, and how they might shape future efforts. Through comrades, I’ve heard similar stories from Minneapolis, Milwaukee, St. Louis, and elsewhere. If there were a how-to manual for the use of Taking Sides, this would be the model – critical engagement in the context of struggle. Gupta’s review essay, by contrast, seems more interested in scoring points. That’s a shame.
Michael Staudenmaier is a longtime anarchist organizer and a historian of race and ethnicity in the Americas, with a focus on the role of grassroots social movements in the construction of Latina/o identity. He just received his PhD. in history from the University of Illinois at Urbana-Champaign, and is the author of Truth and Revolution: A History of the Sojourner Truth Organization, 1969–1986 (AK Press, 2012). He lives with his wife and three children in Chicago.