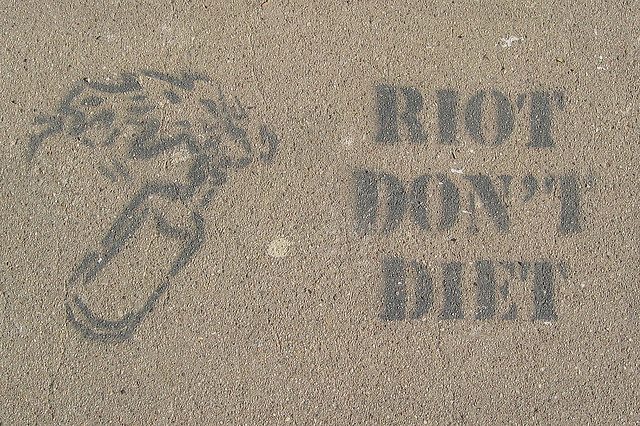 After Jessica parked, she was too busy juggling her phone and keys to notice the crowd of teenage boys moving toward her vehicle. As she got out she immediately recognized what was happening. It wasn’t the first time. She began walking to the café as quickly as possible and they began hurling insults about her weight and appearance. “Hey you, I bet you’re just starving, bitch!” “Watch out, an elephant is coming through!” The lines turned aggressively sexual as the door closed behind her.
She waited at her table in front of an empty cup of coffee for almost two hours. The shop was getting close to closing, yet the staff could see why she was hiding and gave her a few minutes after they switched off the sign. The boys had decided to stay, waiting for her to come out. She gathered her things and decided that she had to get back to her car as quickly as possible. As she exited the building she looked at the several yards between the doors as what it was: a public walk of humiliation. Their words were followed by pieces of trash, some throwing scraps of food that strayed across her face, hiding what tears were starting to form. As they surrounded her the fury of objects became a sort of violent pornography, covering the face of a person they saw as nothing but a parasite. Threats of rape, which they said she should welcome, were only a small piece of the desecration. When she closed the car door she was covered with smears of rotten fast food, and she could hardly hear her own sobbing over the laughter of the teenage jury.
***
The fat liberation movement came out of the 1970s, given strength by the rise of feminist voices, liberation-oriented queers, of anti-war punks, and social ecologists, in a time when challenging even the most fundamental types of injustice seemed to blow with the wind. (1) It was swallowed up in the consumerism of the 1980s, the obsessive yo-yo dieting that became branded and turned into a middle-income commodity, and in narratives like the “obesity epidemic” and the food justice culture around anti-GMO and processed food activism. Today we are seeing a strike back, the movement climbing up out of the recesses of a fragmented past and demanding recognition.
Fat bodies exist. They cannot be eliminated. They will no longer be subject to ridicule, hatred, and displacement.
The ideas implicit to body liberation are steeped in revolutionary meta-politics, when we see how deeply they tie to systems of oppression and stratification. So where is our ‘fat anarchism?’