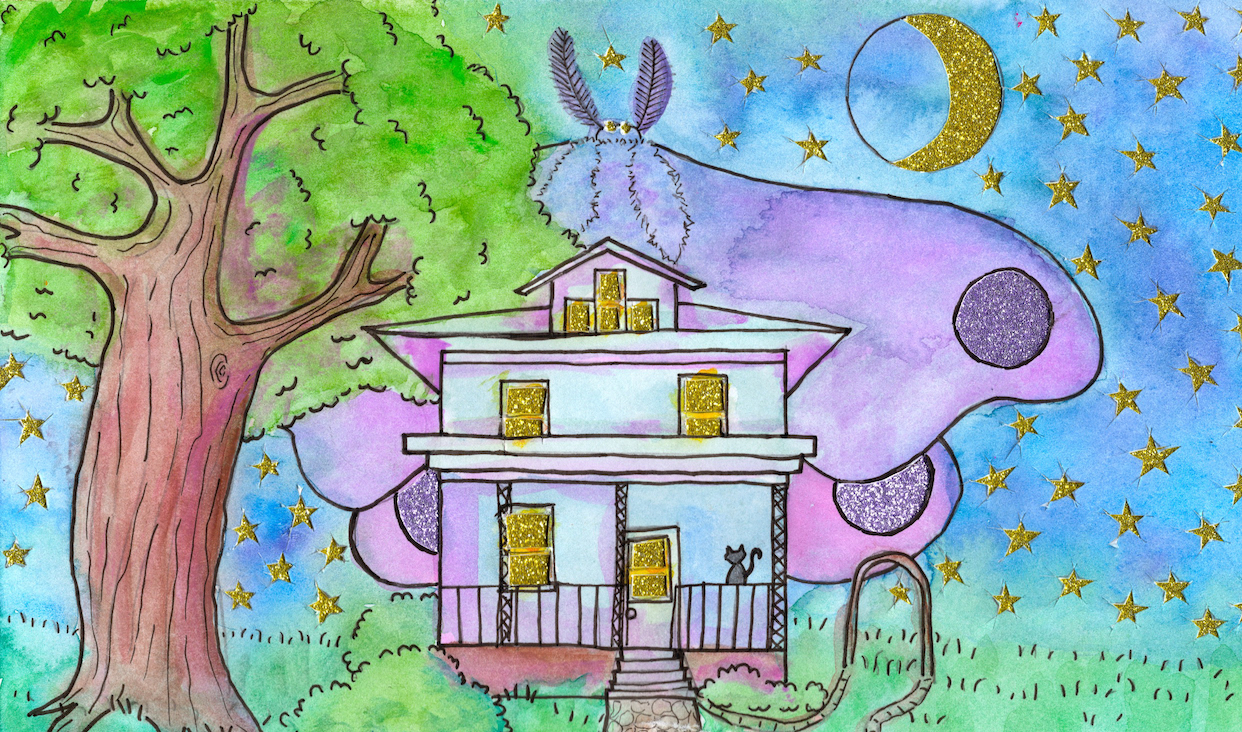 We call ourselves the Moth Mother Collective to honor our kitchen’s many winged inhabitants. Even before coronavirus, we strove to live our lives in common. Six days of communal meals each week, a rotating chore wheel, a garden, workspace, and collective care for the needs and desires of five beings (three humans and two cats). Social distancing measures forced us to come even closer together to face the crisis. We are becoming the quarantine commune, an anarcha-feminist form of caring-life-in-common.

Social distancing paradoxically compelled every household and living group to orient towards the commune form. In To Our Friends, The Invisible Committee argue that “what constitutes the commune is the mutual oath sworn… to stand together as a body… a commune was a pact to face the world together. It meant relying on one’s own shared powers as the source of one’s freedom. What was aimed for in this case was not an entity; it was a qualitative bond, and a way of being in the world.”(1)

Today, a home must be a commune or it will fracture and die. Each decision must become a collective decision: how much risk to take, how to relate to others outside the living group, but most importantly, the collective decision of how to live together, of how to be together and care for each other in an ailing world. The quarantine commune-orientation is a silver lining of the crisis that we should embrace and deepen.

We cannot go back to normal when this crisis ends, for returning to life as atomized individuals would be a significant defeat. Instead, the caring commune may become the new foundation for our social relationships. Before, during, and after social restrictions are lifted, each commune should make prudent contact (physical or otherwise) with other communes. Links should be forged, networks formed (mutual aid and beyond), the territory of communal relations deepened and enlarged.

We have taken the first step—whether by choice or necessity—in the fragments of our own immediate living situations. The next step, when we can take it, is to link the fragments, to form circulation between them, and collectively elaborate a new form of caring-life-in-common. 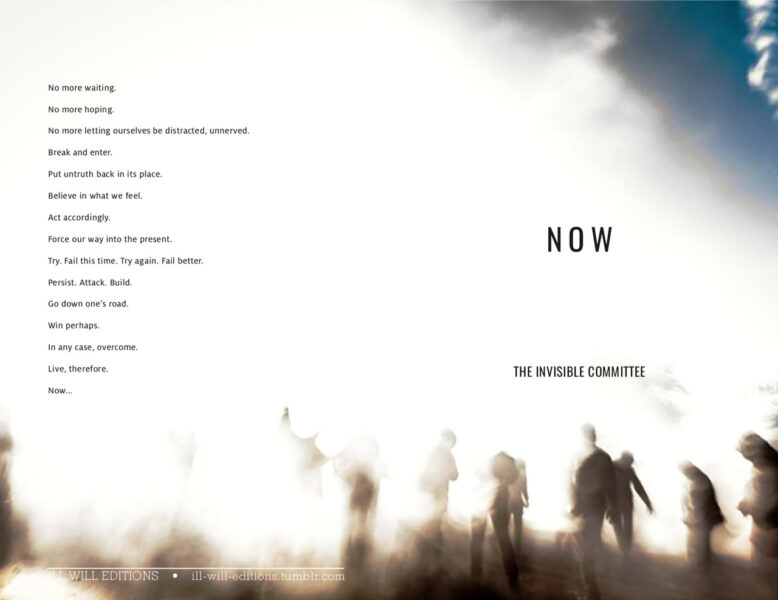 Lifting social distancing restrictions will release a torrent of energy, mobility, and circulation. In our fragmented, socially distanced world, bringing people and places back into contact and re-articulating our social relationships in new forms becomes even more crucial. There is an opportunity to build from our communal foundation towards an entirely new community. As The Invisible Committee put it in 2017, seemingly speaking to our moment, our goal “is the great health of forms of life. This great health is obtained through a patient re-articulation of the disjoined members of our being, in touch with life.”(2)

For the Moth Mother Collective and every other quarantine commune, it is time to begin.

This piece was written in the early summer of 2020 and is presented as part of Perspectives‘ Pandemics from the Bottom Up special online issue.

Spencer Beswick (he/him) is a PhD Candidate at Cornell University researching the history of anarchism and the left; his dissertation, “Love and Rage: Revolutionary Anarchism in the Late Twentieth Century,” explores the transformation and revitalization of the anarchist movement in the 1980s-90s. He is one of the organizers of the Anarchist Oral History Project. Spencer has been active with a number of radical projects since his life was transformed by Occupy Boston in 2011, including labor organizing, Food Not Bombs, Ithaca’s Antidote Infoshop, and DSA.