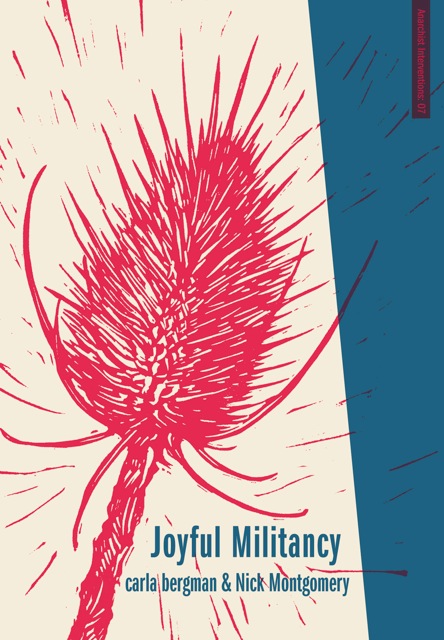 Why do radical movements and spaces sometimes feel laden with fear, anxiety, suspicion, self-righteousness and competition? The authors call this phenomenon rigid radicalism: congealed and toxic ways of relating that have seeped into radical movements, posing as the ‘correct’ way of being radical. In conversation with organizers and intellectuals from a wide variety of currents, the authors explore how rigid radicalism smuggles itself into radical spaces, and how it is being undone. Rather than proposing ready-made solutions, the authors amplify the questions that are already being asked among movements. Fusing together movement-based perspectives and contemporary affect theory, they trace emergent forms of trust, care and responsibility in a wide variety of radical currents today, including indigenous resurgence, anarchism, transformative justice, and youth liberation. Joyful Militancy foregrounds forms of life in the cracks of Empire, revealing the ways that fierceness, tenderness, curiosity, and commitment can be intertwined.
One of our basic premises is that transformative potentials are always already present and emergent. Not only can things be otherwise; they already are, and it is a matter of tuning, tending, activating, connecting, and defending these processes of change that are already in the making. People are always enacting alternatives to the dominant order of things, however small, and there are always new connections and potentials to explore. We see this kind of sensibility happening in currents of feminism, queer theory, Black liberation, Indigenous resurgence, youth liberation, anarchism, autonomism, and radical ecology, among others, and we seek to affirm these movements and practices throughout the book.

“This wonderful book, infused and informed by activist experience, emphasizes the importance of the full range of political affects. Anger and rage rightly, inevitably drive militants, the authors argue, but we must also discover joy and friendship in struggle, which are our highest rewards. The book provides not only an antidote for anyone who has suffered the pitfalls of political activism but also a guide to a fulfilling militant life.”
—Michael Hardt, co-author of Empire, and Assembly

by Nick Montgomery and carla bergman


So our project is not about being against rigid radicalism. We have become convinced that rigid radicalism cannot be countered by critique alone. Our critique and interrogation are a way of asking: how can we be otherwise? What makes it possible to activate something different? How to protect the something different once it gains traction? How to share experiences of places and spaces where something different is already taking place—where people feel more alive and capable?
The first step, for us, has been to affirm that we are already otherwise: we all have parts of ourselves that are drawn towards other ways of being. Everyone has glimmers, at least, of the ways that fierceness can be intertwined with kindness, and curiosity with transformation. Every space is a complex ecology of different tendencies. Rigid radicalism is always only one tendency among others. There are—and always have been—many places and spaces where alternatives are in full bloom. Beyond merely diagnosing or combating rigid radicalism, we seek to affirm the multiplicity of ways that spaces can be otherwise.
Read the whole Introduction here.
Sign up to be notified by AK Press when Joyful Militancy is available.
Go here for updates about Joyful Militancy and other related resources.