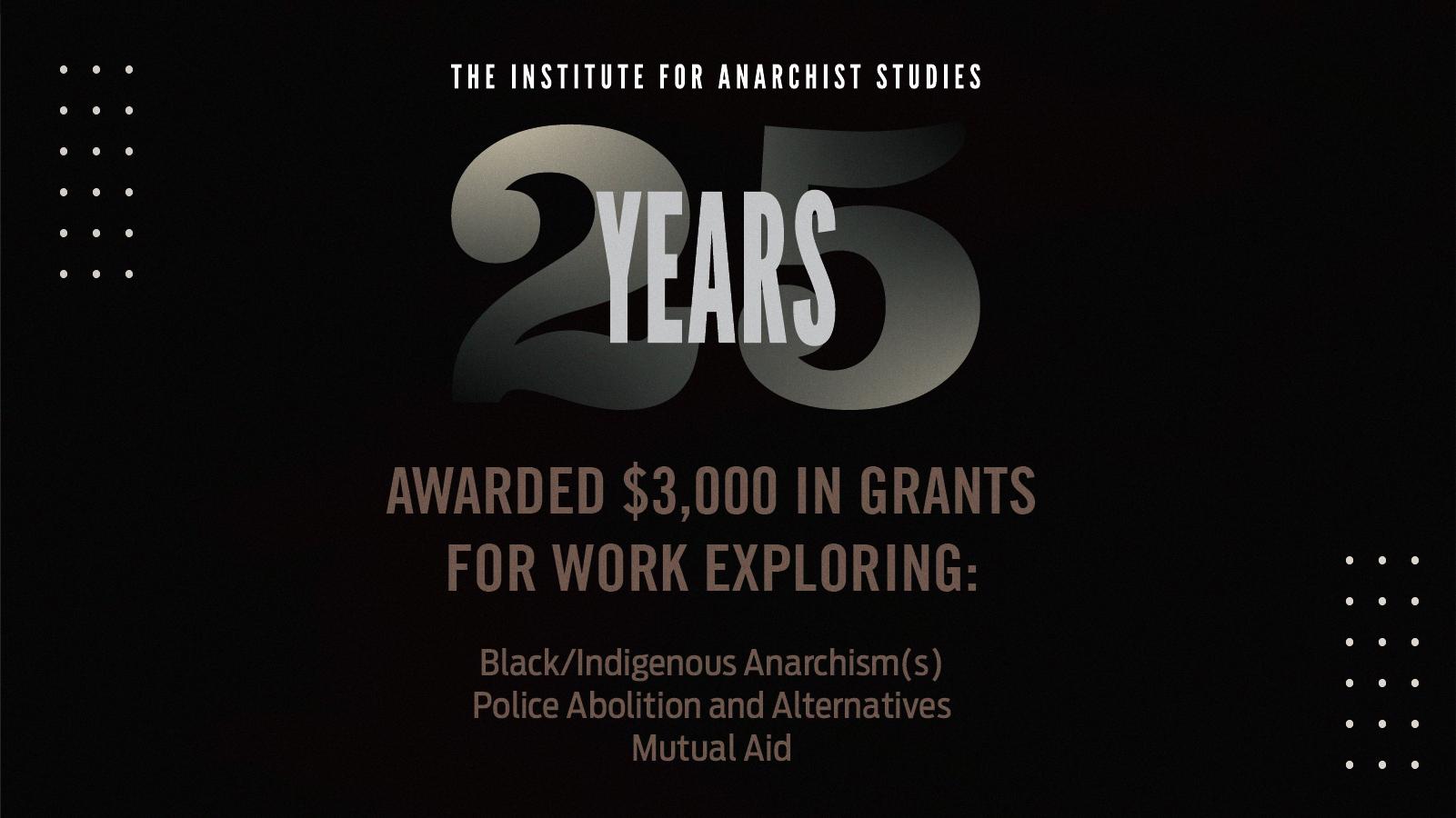 The Institute for Anarchist Studies (IAS) rebooted our grants’ program in 2021 to include multimedia. This year’s call for grant proposals prioritized short audio and video projects that would serve as foundations, definitions, or further education on: Black and Indigenous Anarchism(s); Police Abolition and Alternatives; and Mutual Aid. We received over 60 applications for many incredible projects. Choosing what to fund was difficult!  Also, in response to the volume and quality of proposals, and the success of our fundraising in 2020, we more than doubled the amount we initially planned to give, to $3,000. We have now concluded our grant allocations for 2021, but stay tuned next year!

Here’s more about our grantees and their projects:

Congratulations to all of our grantees!  We’ll be sharing and promoting the grant work as it’s completed over the next year.

Stay tuned to our website and social media to see the results of our grants IRL!