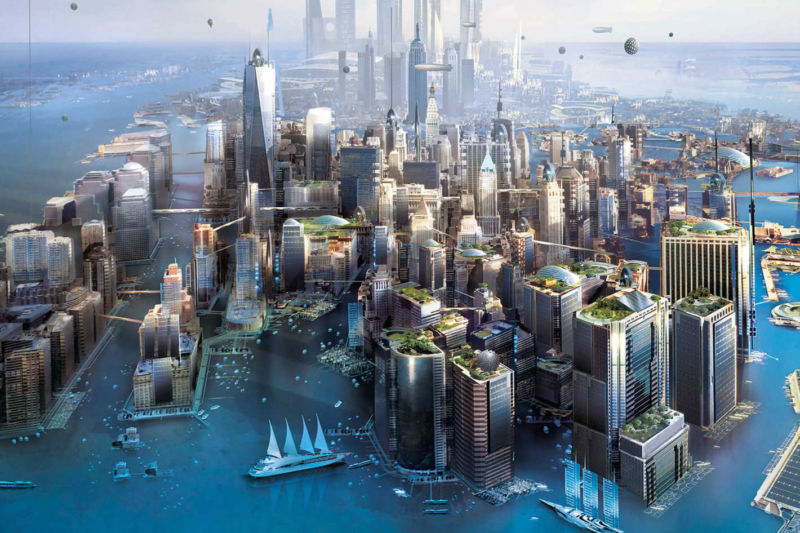 The Perspectives collective is committed to making anarchist ideas accessible and widely understood. As part of this we aspire to include a brief “What is Anarchism?” type essay in future print issues. We approached Kim Stanley Robinson about writing one for us, and he referred us to a piece he wrote for a book called Myths and Lawbreakers: Anarchist Writers on Fiction for AK Press. He told us that if he “were to write anything more about anarchism (doubtful) it would only be to reiterate the points in this intro.”  He gave us permission to share it with you and we think it beautifully illustrates not only the terms of anarchism, but also its current challenges and possibilities. It also nicely fits with our current theme of “Imaginations,” which the forthcoming print issue of Perspectives is all about. Enjoy.

This book collects fifteen interviews with writers who have either described themselves as anarchists, written about anarchists in historical or contemporary settings, or invented fictional cultures that they or others have called anarchist. Each person’s story is different, naturally, and the definitions they have given for anarchism are not the same either. An-archy: absence of rulers, or absence of law? The original Greek suggests the former, common English usage since the seventeenth century, the latter; and it makes quite a difference which definition you use. So we find those interviewed here circling repeatedly around questions of definition, both of what the concept means, and how it can be applied to writing and to life, not only the lives of those included here, but the lives of everyone. These are knotty problems, and it’s no surprise that the questions and answers here keep pulling and prodding at them, hoping for some clarity.

Another problem the interviews return to again and again is how to reconcile anarchist beliefs with actual life in the globalized capitalist system. Some of the writers here live by anarchist beliefs to a certain extent, publishing or distributing their writing outside the conventional publishing world, or living in alternative arrangements of one kind or another. Others live more outwardly conventional lives, while writing about anarchism and supporting it in their political action, of which writing is one part. No one can escape a certain amount of contradiction here; the world economy is almost entirely capitalist in structure, and state rule is an overarching reality in human affairs. So the interest in anarchism expressed by these writers, and the effect this complex of ideas has on their lives, has necessarily to involve various compromises and what might be called symbolic actions—as long as one remembers that symbolic actions are also real actions, not at all to be dismissed. Voting is a symbolic action, going to church is a symbolic action, speaking and writing and talking are symbolic actions; all are also real actions, and have real effects in the real world—partly by themselves, and partly by what they suggest symbolically we should do in all the rest of our actions.

Here therefore we are talking about ideology. I mean this in the way defined by Louis Althusser, which is roughly that an ideology is an imaginary relationship to a real situation. Both parts of the definition exist: there is a real situation, and by necessity our relationship to it is partly an imaginary one. So we all have an ideology, and in fact would be disabled or overwhelmed without one. The question then becomes, can we improve our ideology, in terms of both individual and collective function, and if so, how?

Here is where anarchist ideas come strongly into play. We live in a destructive and unjust system, which is nevertheless so massively entrenched, so protected by money, law, and armed force, as to seem unchangeable, even nature itself; it strives to seem natural, so much so that it would be very difficult to imagine a way out or a way forward from the current state. Given this reality of our moment in history, what should we do? What can we do, right now, that would change the situation?

One of the first and most obvious answers is: resist the current system in every way that is likely to do some good. That answer might rule out certain responses: people have been resisting capitalism for well over a century now, and many of the first methods to occur to people have been tried and have failed. Spontaneous mass revolt has been tried and has usually failed. Organized insurrection has sometimes done better, but over the long haul has often rebounded in ways that worsened the situation. Labor action and legal reform often seem possible and sometimes have achieved tangible success, but again, ultimately, despite what they have achieved, we find ourselves in the situation we are in now, so obviously labor action and legal reform are not as effective as one would hope. Mass political education has for a long time been a goal of those interested in promoting change, and again successes can be pointed to, but the overall impact has not yet been effective enough to avoid the danger we find ourselves in. What then should we do?

One thing that would help is to have some idea of what we might be trying to change toward; and this is where anarchism plays its part. As such it is a utopian political vision, and this is why several of the writers interviewed in this book are science fiction writers who have written stories describing anarchist situations as utopian spaces, as better systems that we should be struggling to achieve. This is my own situation; as a leftist, interested to oppose capitalism and to change it to something more just and sustainable, I have once or twice tried to depict societies with anarchist aspects or roots. These, like the work of other science fiction writers, are thought experiments, designed to explore ideas by way of fictional scenarios. Problems can be discussed by way of dramatizations, and the appeal of the alternative society achieved can be evoked for people to contemplate, to wish for, to work for. Until we have a vision of what we are working for, it is very hard to choose what to do in the present to get there.

Here is where anarchism has its greatest appeal, as well as its greatest danger. It is a rather pure and simple political system. It says that left to ourselves (or educated properly), people can be trusted to be good; that if we were not twisted by the demands of money and the state, we would take care of each other better than we do now. In a way this is a view that merely extends democratic thinking to its end point: if we are all equal, if everyone together rules equally, then no one rules; and thus you expand democracy until it ends up at anarchy. It is a profoundly hopeful view, and hope for a different state is a crucial component of action. Here in particular, symbolic action is also at the same time real action.

One way of putting this, used more than once by the writers in this book, is that society is now organized vertically, in a hierarchy of power, privilege, prosperity and health, which is structured in almost the same demographic pyramid as feudalism, or even the ancient warrior-priest command states. Anarchism suggests that the great majority of us would be far better off in a horizontal arrangement, an association of equals. Such a horizontality in the realm of power used to be derided as hopelessly naïve and unrealistic, but the more we learn about our human past and our primate ancestors, the more it becomes clear that this was the norm during the entirety of our evolution; only since the invention of agriculture, patriarchy, and the warrior-priest power structure has verticality ruled our lives. Getting back to a horizontal structure would be a return to the species norm and collective sanity, and to a sense of justice that long predates humanity itself, as can be seen clearly in the actions of our primate cousins.

From vertical to horizontal, then; but this is the work of democracy too, and even the work of history itself, if progress in human welfare is what we judge history by. So the more we succeed in this long work, the closer we come to the goals of anarchism, and the goals of other utopian endeavors: democracy, science, justice.

In the meantime, we have to constantly work; resist capitalism; interrogate our own actions; and speak out against the current order, for something better. That’s what these writers have been doing in their lives and their work, and so this book too becomes part of that project. It’s been going on for a very long time, and will presumably continue past our moment; but our destruction of the biosphere has moved the whole process into crisis mode, and we won’t be leaving that mode until the crisis is resolved. So to a certain extent we can no longer take the long view. We have to avert a biophysical catastrophe if we want to give our children a healthy planet and civilization. In this moment of the storm, all our political ideas need to be reconsidered, even the most radical ones, or especially the most radical ones. And all those based on a hopeful view of humanity, and helping to construct a utopian project for us to fulfill as soon as possible, deserve to be brought into the discussion. So: read on, and imagine a horizontal world, a free association of six billion equals. And as Brecht said: If you think this is utopian, please also consider why it is such.

Kim Stanley Robinson is a writer of science fiction. He has published nineteen novels and numerous short stories and is best known for his Mars trilogy. Robinson has won many awards, including the Hugo Award for Best Novel.

The book this is from, Myths & Lawbreakers: Anarchist Writers on Ficton, edited by Margaret Killjoy, is available from AK Press here: https://www.akpress.org/mythmakersandlawbreakers.html

If you liked this essay please support our work by making a one-time donation – or becoming a monthly sustainer – Here! The new issue of Perspectives on Anarchist Theory is on the theme of “Imaginations,” and will be available from AK Press & Powell’s Books Fall, 2019. To get the current “Beyond the Crisis” issue, or our “Anarcha-Feminisms” issue, go to AK Press here: https://www.akpress.org/perspectivesonanarchisttheorymagazine.html