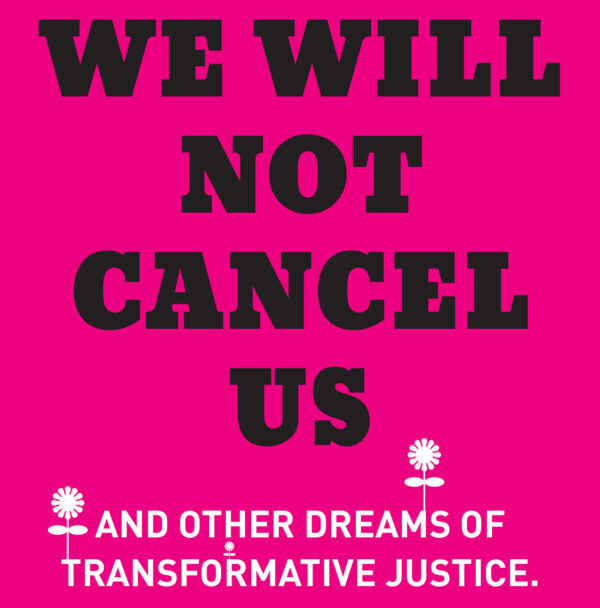 adrienne maree brown, We Will Not Cancel Us, And Other Dreams of Transformative Justice (Oakland, AK Press, 2020)

In her latest booklet, We Will Not Cancel Us, brown worries that the Left has lost its way.  “I have felt a punitive tendency root and flourish within our movements,” she writes on the very first page.  “I have felt us losing our capacity to distinguish between comrade and opponent…” (1)  In particular, she observes that “call outs are being used not just as a necessary consequence for those wielding power to cause harm or enact abuse” (40-1), but as an all-purpose weapon, often directed laterally, “to shame and humiliate people in the wake of misunderstandings, contradictions, conflicts, and mistakes.” (40-1)

Alongside that tendency, we have developed an inability, perhaps a refusal, to draw distinctions, to acknowledge complexity, to engage with nuance. “Our collective response to . . . everything . . . is collapsed,” she writes, using ellipses for emphasis.  Every situation is reduced to a single stereotyped narrative: “every kind of dissonance in movements is understood through a lens of violence, abuse, and victimization”  (26-7), which brings with it pre-set roles and ready-made solutions: namely, the demand for the rest of us to cancel the abuser or else risk complicity in the abuse. All of this poses real risks, not only for the people caught up in the tension of a call-out, but for feminism and the Left more broadly: “our movements are in danger because we don’t know how to handle conflict or how to move towards accountability in satisfying and collective ways.” (21)

There is an irony to this situation, in that cancel culture often shares a rhetoric with transformative justice, though as brown argues, the two are practically antitheses: “Canceling is punishment.,” after all.  (75)  Yet people have learned to say the right things about transformative justice, and survivor autonomy, and accountability, and support for healing alongside support for change; and, with this whole rich vocabulary and with The Revolution Starts at Home in their back pockets, they then proceed to divide the world into victims and perpetrators and mount crusades to righteously smite the guilty.  “What we do now is find out someone or some group has done (or may have done) something out of alignment with our values. . . We then tear that person or group to shreds in a way that affirms our values. . . .” (66)

That may be disappointing, but it is not especially surprising.  Punishing bad guys is the dominate idea of justice in our larger culture.  Perhaps before we can eliminate that conception and replace it with something better, we first need to acknowledge how pervasive it really is, how deeply rooted, and how much it may shape, not only our ideas, but our deeper drives, our desire for revenge, our satisfaction at seeing someone else disgraced. 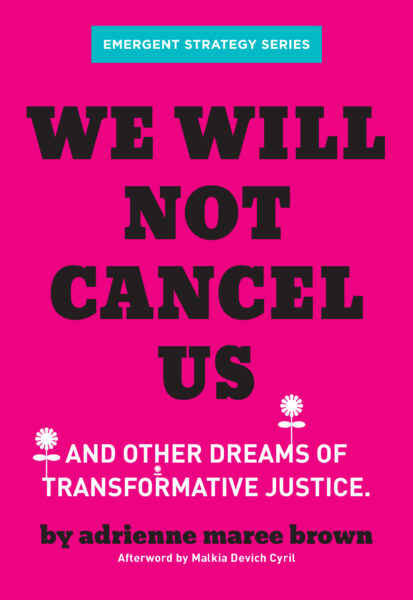 It is precisely at this affective level that brown does her best work.  brown’s writing is lyrical and accessible.  Her criticism is gentle, it is caring.  It avoids scolding, or shaming, or lecturing.  She understands even our worst impulses, she knows how we have been hurt, and she writes as a person who shares the anger of the twitter mob, who is “not above” the temptation to lash out at those who have done harm. (6)  But she reminds us of our principles, of what we are for as well as what we are against.  She calls on us all to become our better selves.  Her essays model what they advocate — not calling out, but calling in.

We Will Not Cancel Us is, at points, persuasive, moving, and astute.  What it certainly is not is offensive.  In fact, it goes to such lengths to avoid offense that it sometimes risks overcorrecting, coming across as cloying and condescending.  brown is so very careful that after a while it starts to feel as though she imagines her readers as delicate creatures who may be devastated by even the echo of a harsh word.  Of course, in the world of political correctness, there is no such thing as over-correcting.  And coddling seems to be, not only what the audience wants and expects, but what the Left demands.

When brown first published one of these essays on her website — the longest in the collection, its centerpiece, presciently titled “Unthinkable Thoughts” — she faced something of a backlash.  But as a “Black biracial queer fat survivor, witch, movement facilitator, and mediator,” (3) she is not a person who can be written off as an embittered misogynist or a reactionary posing as a free-speech crusader.  So rather than a frontal assault, the essay seems to have been subjected to an unrelenting critique of trivialities — complaints about the use of specific words (i.e., witch-hunt), the absence of trigger warnings, and the like.

“I felt defensive (did you read the whole piece?), dismissed (don’t you know I am an abolitionist survivor? don’t you know how much abuse intervention I have been part of?), hurt (why are you coming at me like this?) and, finally, curious: what am I not seeing? Not hearing? What do I not know?  What can I learn?” (16-7)

She addresses the experience of publishing and revising the piece in a framing essay titled “Bringing Abolition Home: Learning and Untangling in Public.”  That essay, too, embodies the principles it advocates.  brown does not become defensive, double down, or counter-attack.  Instead she takes a breath, rethinks her approach, and responds with honesty, generosity, and vulnerability.  It is, really, a model of how thoughtful caring people might, at their best, respond to criticism.

But even the good example points to the depth of the problem:  After all, if someone of brown’s standing needs to display such contrition in order to share sincere concerns about the Left’s default tactics — what hope is there for the rest of us?  Less gifted, less celebrated, more cautious people, or those who are simply unfamiliar with the Left’s peculiar vernacular, will surely choose to stay silent, and may conclude that the Left has no place for disagreement, or even for doubt — and, therefore, that it has no place for them.  A movement whose most obvious practices consist of perfectionist self-scrutiny and mutual fault-finding is likely not going to be attractive to people longing for freedom, at least not in significant enough numbers to win it.

brown tells us some hard truths, reminds us of our best selves, and calls on us all to do better. “Abolitionists know that the implications of our visions touch everything,” she writes at the very beginning of this collection. “Everything must change, including us.” (1)  The challenge this opens — so enormous, and so frightening — reaches a reassuring closure toward the end of the volume, drawing into focus both what must change, and why: “Each of us is precious,” brown writes.  “We, together, must break every cycle that makes us forget this.” (77)   In reminding us of this principle, brown’s critique is also an opportunity.  It is not an attack; it is a gift, given freely and with great love. 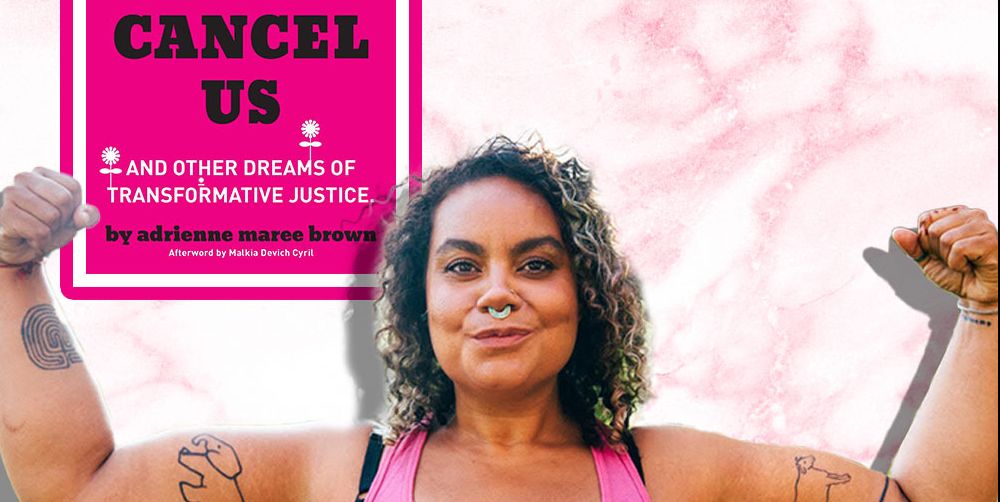 We Will Not Cancel Us is available from AK Press here.

Kristian Williams is the author of Whither Anarchism?, Our Enemies in Blue: Police and Power in America, and Resist Everything Except Temptation: The Anarchist Philosophy of Oscar Wilde (all from AK Press).